I have no idea why Bubba put Tim's shirt on his head but I thought it would make a cute picture. 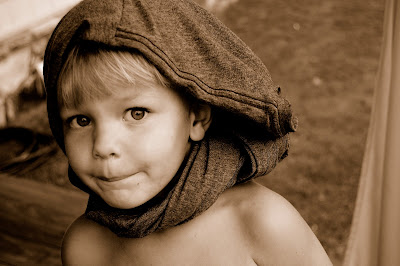 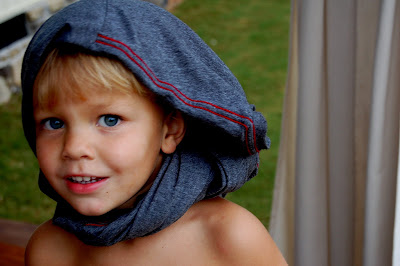 We were just hanging out having a low-key, boring afternoon when.... WE HEARD IT!! 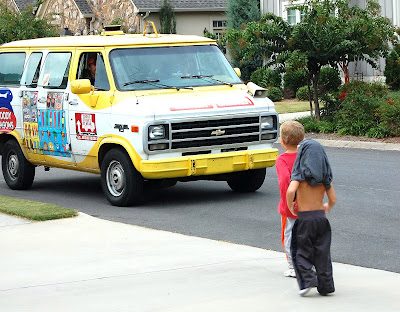 That's right, it was the ice-cream MAN's music! Like 2 streaks of lightning, the boys were waving their hands and jumping up and down in the drive way so that there was no way they could be missed. Does this bring back memories or what?? Good times, good times.
Tim said I should look into getting a van and doing it as a job on the side while he is at work. :) 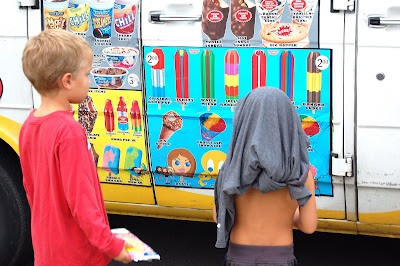 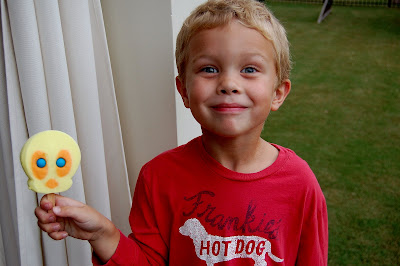 I love his sweet face. 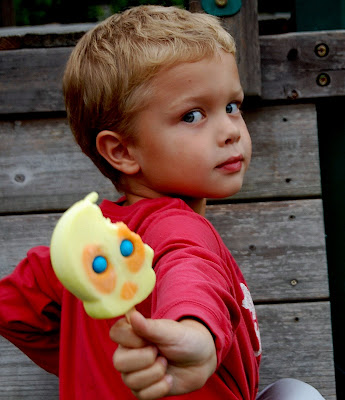 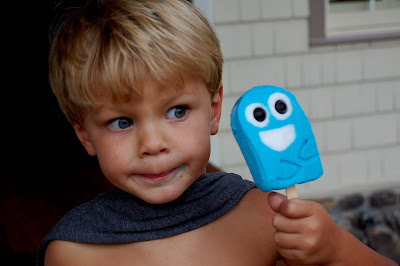 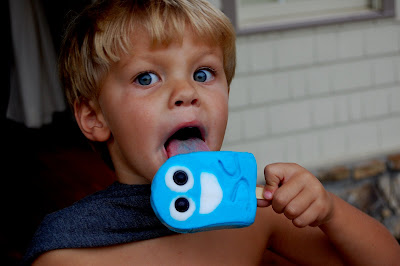 Everybody's gotta love the ice-cream man!
Even though his van reminded me of the van on the movie Strange Brew and he was a tiny bit scary. I hope he doesn't read my blog. 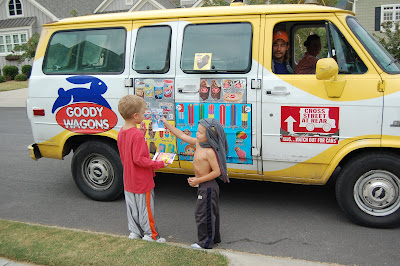 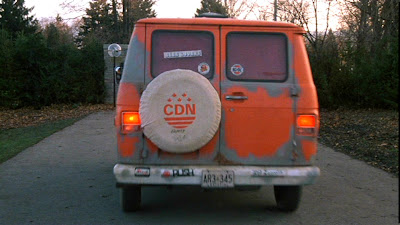 I for sure think you should start your own ice cream truck business, you can call it, "Frozen Sweets by Steph"! Ya know, in your "free" time:-) LOL

I havent seen an Ice Cream truck in Year, it must be in your area...We we're there almost a month ago, and there was one that ran thru our campground! I wish we had one!

I love that you know the van from strange brew!!