One of Those Days...

Tim had a retreat this weekend so he was gone Friday and Saturday. He is in a great class through our church so I was thrilled that he could go. I am so happy for him to have time away to focus on the Lord.
Meanwhile back at the ranch, I was large and in charge... and very nervous that I was going to experience anarchy.
The Lemonade stand incident turned out to be prophetic of things to come. There were two main blog-worthy events that took place in the 24 hours that I was a single mom.
Day 1
When I was changing Lake's poopy diaper, he grabbed it and while I was saying NOOOOOOOOOOOOOOOOOOOOOOOO in slow motion and with a deep voice.... he slung the diaper across the room and the poop patty came flying out and splattered on the carpet and who knows where else. He got his first real spankin' from mommy. Don't you dare feel sad for him, mom. He is a turkey. But he sure is a cute one. ;)
Day 2
Saturday morning was the older boys' first soccer game. I asked if Bubba could play this year even though he is 3. I told them that he would do great because of having an older brother. I was so excited when they let him on the team. I was nervous about taking them because of all the gear and because they have no idea what they are doing. It was 110 degrees and Bubba was well aware of that. He just wanted to waller (TN word) all over me instead of playing because of the heat index. It was his turn to go in.
I got up to take pictures. Things are going fairly well when the ref says, "There are only 4 players on the field." The coach says, "who are we missing?". The coach's wife counts the players and says, "Bubba."
I said, "huh? what? where is he? he just ran on the field!?!?". There are approximately 1 million little soccer players on about 10 fields. I have no idea where he is. The game is stopped. Everyone is yelling, "BUBBA!". I finally hear a mom say, "There he is!". He was on another field playing with another team that is at least twice his size going for the ball. I sprint across soccer fields mid-game to retrieve my child and place him back on to the correct field with all of his teammates. I am thankful that I don't know anyone here but I assure you, THEY ALL KNOW US.
On with the game... 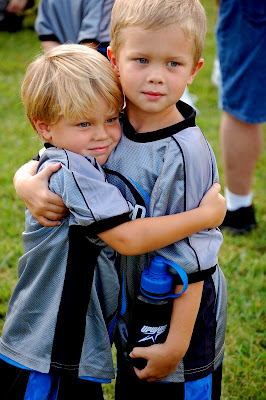 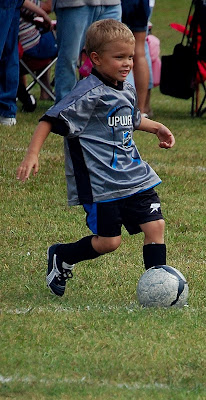 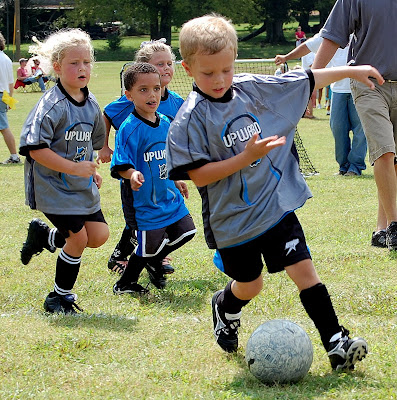 He looks like the goalie but that is HIS goal. He is suppose to be at the other end of the field. 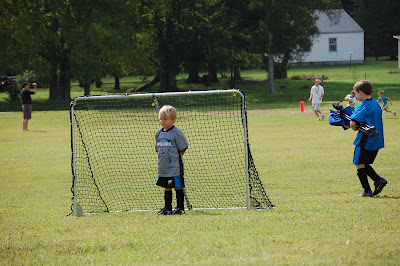 Later, we were invited to a birthday party for a little princess, Katelyn.

I took some pictures for her mommy. 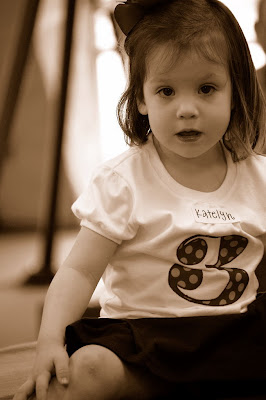 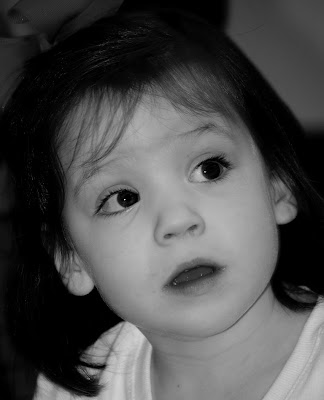 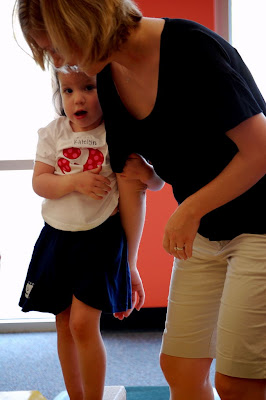 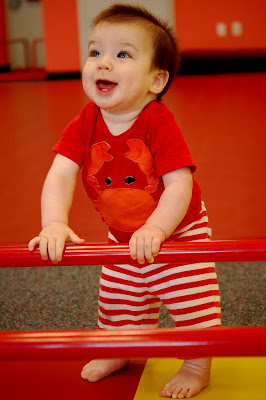 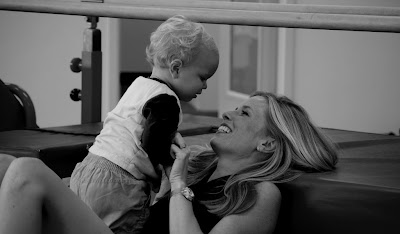 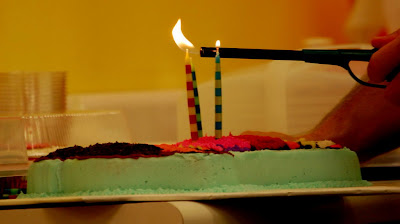 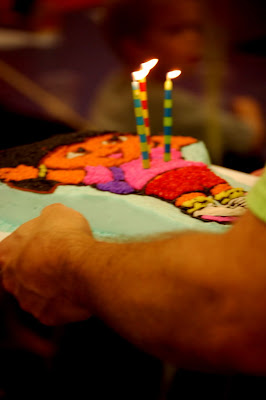 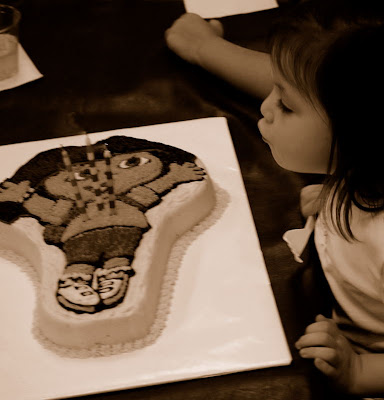 This one is for you, Amber! 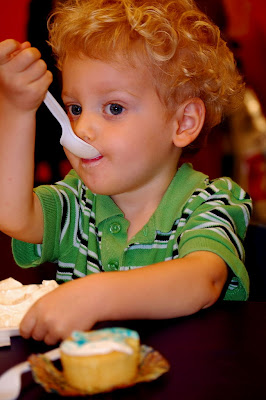 We had such a great time, Kelly. Thank you so much for inviting us!!

According to Kiki! said...

Nothing like a flying poop patty to brighten your day! Ha Ha. I have a good poop story for you, but I will save that for another day.

Stephanie, I have a question about forgiveness. How do you forgive someone that hurts you intentionally? In malice? I have a really hard time with that. Maybe I will forgive them but I'll not forget and everytime I see them I think about the time they did me wrong. A co-worker told an awful lie to my boss about me. It was done intentionally- I wont speak to him and that is the only way I can make it at work without smacking him. Any thoughts???TIffany

I am so sorry. That is so hurtful. I guess I would say that there is no way for you to forgive him in your own strength. You will only be able to do that in "The Spirit" meaning living by the power of the Holy Spirit. You can do that by asking God to GIVE the ability to forgive and... if you really want to do something cool, pray for the person who hurt you.
There is such freedom found there. You cannot stay mad at someone you pray for. Ask God to give you eyes to see him as God sees him. You don't want to have bitterness in your life. Be careful. You are the one who loses if bitterness creeps in.
Trust God to defend you to your boss.
None of this is easy. It goes against everything in us. That is why it will be a FRUIT of the Holy Spirit. This could be a real opportunity for others to see Christ in you. Don't miss it but also, don't try to do it on your own!!
"Not by might nor by power, BUT BY MY Spirit" says the Lord Almighty.
Zech 4:6
"But I tell you love your enemies and pray for those who persecute you." Matthew 5:44
and a FAVORITE at our house...
"Forgive as the Lord forgave you."
Col 3

You can do it! There is power in the Spirit!

girl i love your stories... love ya

So there I was checking out the lastest happenings for the SS class that we never get to attend. Between summer travels and nursery, we haven't been in about 2 months! AS I was there, so was your comment... which led me to your blog... which then led to my laughing about the flung poo!

Hi Steph,
your poop story cracked up both Andy and myself. I just went and got some more one piece pjs because he was having a little too much fun with the contents of his diaper recently...
Love you!
Astrid

Thanks for the shout out! I was in Nashville Sunday morning and just happened to check your blog......and there was my sweet little boy!! I love that you did that for me, thank you. I really hate missing out on special things that he does, so it's nice to have a picture!