Last Sunday, I was really convicted about how much we have and how little others have. I started cleaning closets like a maniac. Getting rid of things that I haven't worn and don't need. That can be a hard decision but I was on a mission so if it wasn't my favorite, it was GOING. Dishes, shoes, baby stuff, my clothes, Tim's clothes, furniture from the attic, etc....This was by no means... 'sacrificial'. I am still convicted about giving more-especially now that I have tasted the blessing in giving.
I sent out an email to my friends asking for their 'plenty'. Truck loads of 'plenty' started arriving at my house. By Thursday night, I had a huge pile of PLENTY sitting in the middle of my garage. I stayed out there until midnight trying to organize it and get it ready for a garage sale. I told Tim I thought we could raise $1,000. He said, "I like your optimism???." I wish I would have taken a picture of that pile. I knew that squeezing $1000 out of this pile, would be a miracle. SO, I had the idea to have a pre-sale on Friday night where you could buy a VIP shopping pass for $5 to shop early. :) :) :)
Friday morning, one of the girls from the Thursday Bible Study came over. The pile was still there and I said, "this isn't my gift... I don't know how to make sense of this big pile!". She said,
"move over. it is my gift". For the next 3 hours, we sorted toys, shoes, clothes, house furnishings, and REALLY random stuff into organized sections. Another one of the girls from the Bible Study came over and helped price. Those girls were amazing.... so were the ones who donated things to this crazy-last-minute-idea.
Friday night came and so did the people... happily bringing their $5 to shop early. We had advertised on Craigs List and by word of mouth. We made $800 on Friday night. :) :) :)
Saturday morning came and I was exhausted but JAZZED to see what God was doing. The girls from the Bible Study met at my house around 7 am as the cars lined my street waiting on my garage door to open. Before we opened the door, we prayed and asked God's blessing on it. We handed out free muffins and free coffee and told people it was a free gift just as Jesus is to them. We handed out tracts, listened to worship music and had a ball. We even got to pray for an elderly lady who was very sick. Her husband was so sweet and had brought her looking for recipe books because she had loved to cook before she got sick. They were precious.
The grand total was $1204.
Praise God! All the money is going to our local pregnancy center and Compassion International.
My boys were allowed to buy one toy. It was like the 'garage of temptation' because there were SO many toys in there.
God did something really cool to prove Himself and His goodness to Reece. There was a movie that Reece wanted so bad every time we would go to the Christian Book Store. I told him no because we were saving our money and because they had SOOOO many movies. It was a Veggietale movie.... A Snoodle's Tale (not a popular one). Well, it just so happened to be dropped off in a box of donations!! I think we got about 3 movies donated in all and THAT just happened to be one of them. I said, "Reece, Reece!! Look what God brought for you!!! He doesn't need our money. He owns everything!! He knows the desires of your heart and how to bless you!!! He supplies all that we need and sometimes even gives us special gifts because He loves us!!!". That was really cool. That is his movie from God. I let him keep it.
Next year, I am going to be way more prepared! This was put together in 5 days. It was so fun. I highly recommend it!! Raise some money to GIVE it to a ministry God is using in powerful ways. Fun. Fun. Fun. I can recommend some great ones to you if you don't know where to send the money. 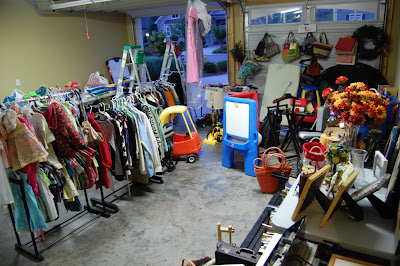 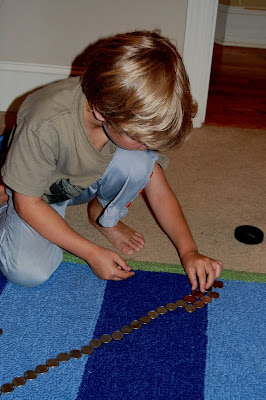 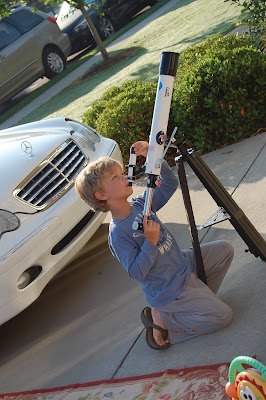 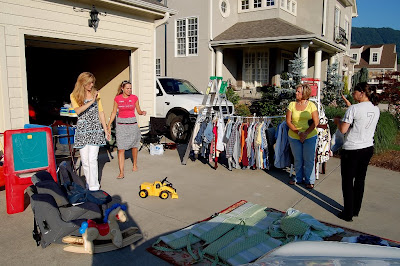 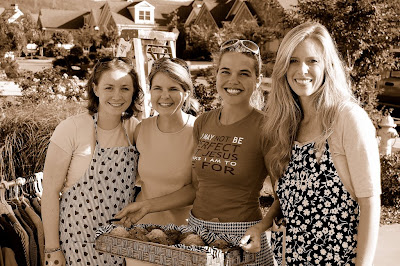 4 out of the 9 world-changers studying the book of Colossians together on Thursdays. How much can God do with 9 hearts fully surrendered to Him?
We are about to find out!!
What a blessing their friendships are to me. 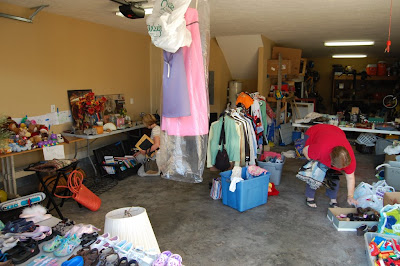 Her shirt says, "I may not be perfect but Jesus thinks I am to die for". :) 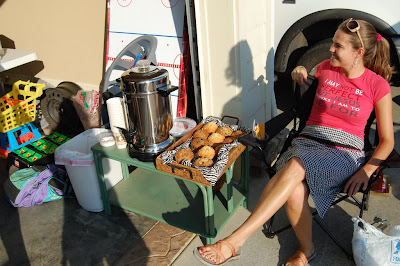 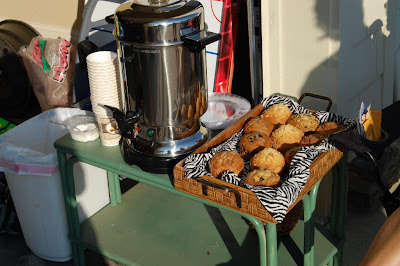 "And what a difference between our sin and God's generous GIFT of forgiveness. For this one man, Adam, brought death to many through his sin. But this other man, Jesus Christ, brought forgiveness to many through God's bountiful GIFT. "
Romans 5:15
Thank you to everyone who donated and helped pull this off.
To God be the glory!!!!!
and next year, it is going to be BIG TIME.

Steph- You are amazing.... seriously... you are a woman of action. When God speaks to your heart, you move. Way to go to you and all the girls!

I love the shirt! *Jesus thinks I am to die for...* Love, love , love it!
I stumbled across this blog through a friend of a friend. I was drawn in by the sweet smiling faces and I've now become a follower! You are contagious, Steph and you make me want to be a better servant of Christ! Thank you!

inspired by you - yet again!

Stephanie-
I am with Jackie on this one when God speaks you obey without hesitation! You are such an inspiration to all of us!!
Erica
SC

Next year I am going to drive down and help and donate some stuff too!!

what a blessing you are! i have tears in my eyes...thank you for faithfulness and for the inspiration you are!!!

He always shows up So Big for his daughter's. And I love that He added to sweet Reece's faith. I love me some Jesus. God bless you all.