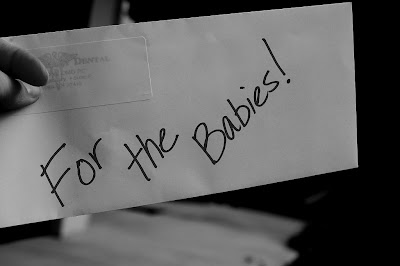 Remember the garage sale money that we raised to give away? Well, we got to deliver it today!! Half of it went to AAA Women's Services- our local pregnancy center. I love to include children in this so I took my boys and my friend Shannon and her two cute little ones. Shannon is the one who organized the huge garage sale pile! She is amazing. I want her to organize my closets for me! She loves Jesus and is a dear friend to me. She is in the awesome Thursday afternoon Bible Study.
She has a little boy and an adopted beauty from Guatemala. You can see her behind the envelope in the picture. 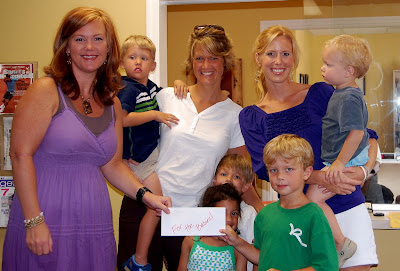 This ministry has one of the coolest stories you have ever heard. Short version: there was an abortion clinic in Chattanooga where abortions were being performed daily. A small group of believers hearts were broken over the situation and started praying. The building where the abortion clinic was went up for auction and in a matter of days, the Christians had made phone calls and raised enough money to go the courthouse and try to buy the building out from under the Dr.
The building was not worth much money but to them it was worth everything. So, on the day of the auction, the Christians went in with the exact amount of money God had provided (which was quite a lot) and prayed to God for His victory. They said, "God, you gave us this exact amount of money and so we won't bid over what you have provided. You know how much we have. Give us victory!". So, the auction began and the price got higher and higher and higher. It was the very last bid they could make (the abortion dr didn't know that) and after the Christians made their last offer.... the doctor walked away.
YAHOOOOOOOOOOOOOOOOOO!! GOD IS SO GOOD!!!
(I told you He still does miracles! Don't EVER give up in prayer!! You may be up against Goliath but you have the God of the Universe on your side just as they did!!!!!!!!!!)
They bought the building and the love and life of Christ consumed this place that was previously filled with death. They went in to the old building (where there was blood on the walls and it was so dirty and nasty) and rebuilt a beautiful crisis pregnancy center which God has blessed beyond measure. Tim and I LOVE this ministry! God is at work there... saving unborn babies every day!!! Saving moms from a lifetime of sorrow also by telling them the truth. The enemy and abortion clinics lie to these moms and it isn't until afterwards they realize what they have done under the name of "choice". They not only destroyed the life of their child but theirs as well. BUT, not only does AAA provide care during pregnancy, they also have counseling for post-abortion victims. Sharing Christ and bringing healing by the power of His love and His Word. It is just AWESOME.
They also have the only (that I know of) Memorial for the Unborn where people from anywhere in the world can come and grieve over the loss of an aborted child. It is POWERFUL. There is a wall of plaques with names of babies who have been aborted. It looks like a war memorial of some kind (which is really what it is since there is such a spiritual battle for these precious lives!). The first time I went there I was overwhelmed by grief. I had to leave. I was pregnant at the time. It is just incredible. If you are ever in Chattanooga, you should go. I believeit is a rare glimpse into the reality of abortion and its destructive results. But, it also speaks powerfully to healing and forgiveness. So, if you know anyone who struggles with the mental anguish because of an abortion, please share this post with them so that they can have a place to honor their child.
Go grab some kleenex as you see some pictures I took today (I hope that was ok!).
Please consider giving money to this ministry or one like it in your area.
It would be an incredible investment of your resources.
(Click on these pictures to make them bigger) 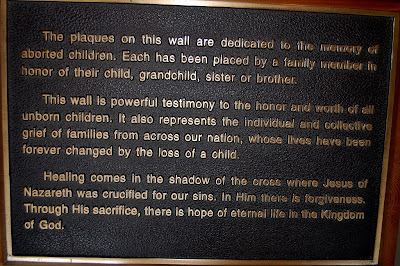 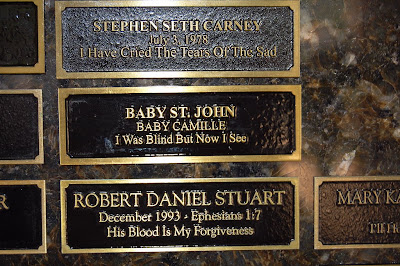 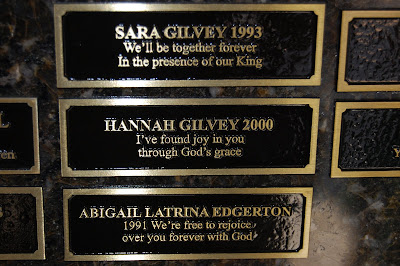 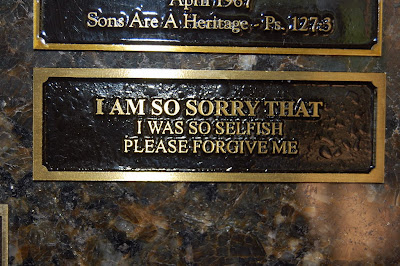 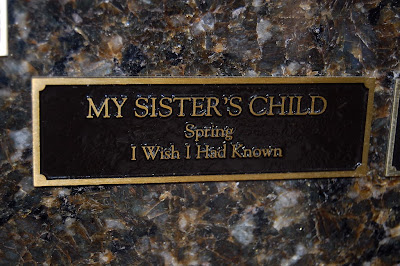 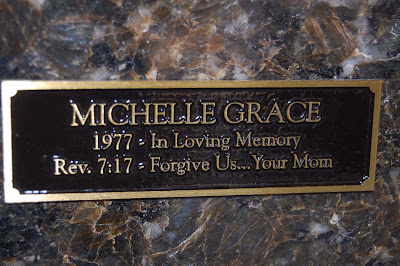 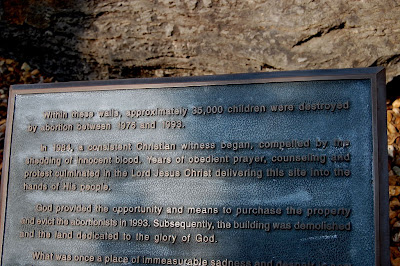 "Within these walls approximately 35,000 children were destroyed by abortion between 1975 and 1993.
In 1984, a consistent Christian witness began, compelled by the shedding of blood. Years of obedient prayer, counseling and protest culminated in the Lord Jesus Christ delivering this site [building]into the hands of His people.
God provided the opportunity and means to purchase the property and evict the abortionists in 1993. Subsequently, the building was demolished and the land dedicated to the glory of God.
What was a place of immeasurable sadness and despair is now a place of hope and healing for the families of unborn children, and a nation which has forsaken its most innocent.
This boulder is placed as "Ebenezer", the Biblical symbol of the Rock of Deliverance (1 Sam 7:12). It marks the location of a victory in furtherance of God's will.
"The stone that smote the image became a great mountain and filled the whole earth." Daniel 2:35

Amazing!!! Thank you for sharing the story and pictures.

I have tears and chills! Amazing!

Wow. I have goosebumps- and tears for all of those babies and one little one of ours who went to Heaven.
Thank you for this post.
God Bless.
-Jen

That really was amazing...heartbreaking and sad, but awesome to see God's work and forgiveness in the flesh!

such a powerful message...thanks for sharing with us and providing for a wonderful facility!

Goosebumps and tears here too. What a powerful post.

thank you for sharing that story! an awesome ministy for sure and the plaques are beautiful!!!

This is heartbreaking and inspiring...all in one post! God is truly amazing in how His hand can perform miracles, despite our feelings of doubt and hopelessness. Thank you so much for sharing. Your boys are as gorgeous as always! :)

Steph, that story is sooooo amazing. I love it !!! I can't believe how many innocent babies were killed there, but now how this place has turned into a home for God's work... I'm so proud of you guys for stepping up and protecting our future !!! Love ya Girl
Lisa

This was so powerful. Chattanooga is our hometown and I remember when all this happened.

I was blessed to be in a Christian school and remember praying that God would shut that clinic down. It was one of the ways God showed me that He does hear and answer His children.