"Tell me, what do you have in your house?"

I hope you got excited about your email notification! It took a genius to figure out how to update this dinosaur blog. :)

I am trying to move away from facebook and instagram to stay off the radar and so I don't get censored as quickly.

I also want you to have something to look forward to reading!

I want you to read some GOOD NEWS!

And guess what, with Jesus Christ...there will always be GOOD NEWS!

The good news is that no matter what happens in this life, if Jesus Christ is your Savior, you are invincible in life and death. You are protected by the powerful name of Jesus and God can supernaturally provide for us in the scariest times.

Tonight I was super encouraged as I read the story about the poor widow in 2 Kings 4. Her husband died and then a creditor came and said he was going to take her SONS if she didn't pay up.

She had NO MONEY. My stomach dropped thinking about someone threatening to take my kids away into slavery... after my husband died.

She goes to Elisha and tells him the deal. He asked her what she has in her house.

"Elisha replied to her, “How can I help you? Tell me, what do you have in your house?”

“Your servant has nothing there at all,” she said,

“except a small jar of olive oil.”

He tells her to go to her neighbor's house and borrow all the jars she can. 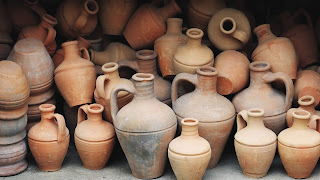 Then he tells her to go home, shut the door, and start pouring. You have to wonder what she was thinking but off she goes!

It says, "then the oil stopped flowing". 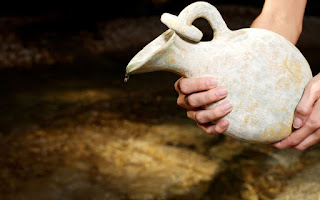 She pays off all her debts with the money from all the oil and then has money for her and her sons to live on.

God is so good. He cared about her. And He cares about YOU.

It encouraged me that God can do miracles BEHIND CLOSED DOORS.

I often worry about how we are gonna have enough food to eat if it keeps getting worse in our country.

I don't panic but I DO try to prepare.

I watched a pastor I respect give a warning that we needed to prepare for what could be a very rough week ahead. He said to get your home ready.  I have ignored most of the hysteria lately but I trust this pastor and I am thankful for a prophetic heads up.

So, off I went to Costco, like the Prov 31 woman (I have been memorizing it)

I was like "the merchant ships bringing food from afar!"

"She is like the merchant ships,    bringing her food from afar."

I pray as I shop for God to give me wisdom to know how to care for my family in such scary times.

Lots of rice, lots of chicken to grill and freeze, lots of black beans.

But then my anxiety starts going down as I remember that widow only had one jar of oil!

God WILL TAKE CARE OF US if we run out of canned beans!!!! Maybe the black beans will just keep coming!

We are going to see miracles behind the closed doors of our homes.

Remember the super scary plague of darkness? I hate the dark. If I was Pharoah, I would have LET THE PEOPLE GO! But guess what... the Israelites had LIGHT IN THEIR HOMES?

The Bible says the plague was a darkness that could be FELT.

It lasted 3 days. (let's hope that if we are about to go into a similar black out it will only last 3 days!). But I love the next verse... yet all the Israelites had light in the places where they lived!!!

Let there be LIGHT!

And there was light.

And there will be light.

Because Jesus is the LIGHT and if He is living in your home, there will be light.

You will not walk in darkness.

Yet all the Israelites had light in the places where they lived."

We probably are headed for a "black out" and maybe another stay-at-home order as riots break out surrounding this very controversial inauguration. And as more info comes out about serious crimes committed behind the scenes.

As all the other believers have said,  I also condemn violence of any sort- I hope and pray there is no more violence or lives lost. I played zero part in that. That cannot be associated with me or 99% of people at that rally.

God hates those who love violence.

The Lord examines the righteous, but the wicked, those who love violence, he hates with a passion.

The President of the United States has successfully been cut off from his people by big tech bullies and we are left wondering what on earth is going to happen next. Nancy Pelosi is energized as she tries to destroy Trump.  But I think there was a woman scarier than Nancy Pelosi once and her name was Jezebel. Elijah was terrified of her. And rightly so.

She killed prophets for fun. She hated the people of God and especially the prophets. She married a guy named Ahab and convinced him to promote and worship Baal, a weird nature/fertility god.

She was ruthless in her pursuit of Elijah. It was her full-time job. She would stop at nothing to have him killed. She turned her husband against him too. She was very convincing and very divisive.

I find it so ironic that her wicked husband whose wife is "TROUBLE MAKER of the century calls Elijah "the troubler of Israel".

"So Obadiah went to inform Ahab, who went to meet Elijah. When Ahab saw Elijah, he said to him, “Is that you, O troubler of Israel?”

“I have not troubled Israel,” Elijah replied, “but you and your father’s house have, for you have forsaken the commandments of the Lord and have followed the Baals. Now summon all Israel to meet me on Mount Carmel, along with the four hundred and fifty prophets of Baal and the four hundred prophets of Asherah who eat at Jezebel’s table.”

So Ahab summoned all the Israelites and assembled the prophets on Mount Carmel. Then Elijah approached all the people and said, “How long will you waver between two opinions? If the Lord is God, follow Him. But if Baal is God, follow him.”

But the people did not answer a word."

The enemy loves to do this. I have definitely experienced it. I

t's this weird self-fulfilling prophecy when the one causing the trouble calls you the "troubler".

It is so crazy, it usually shocks you.

I love how Elijah responds to it.

"I haven't troubled Israel, YOU HAVE!"

I think this applies so much to what we are watching right now! The Christians are either being silenced or accused of being TROUBLERS. We are such trouble that we must be STOPPED/CANCELED!

An extra-sad-bonus to this is that Christians are watching and wavering between choosing God or the world. Just like the Israelites were.

It is time to decide though.
Choose God!

Don't get confused by all these crazy accusations and twisted types of blame-shifting.

You know what is true!

A line has been drawn in the sand.

We have to KNOW where we stand in order to survive what is coming.

"He who is not with Me is against Me"

Y'all, no more wavering! Give your life completely to Christ. Don't waver between God and the world. Go all in! There is safety in following Christ. There is no safety in the world! They may claim peace but they have none.

"They dress the wound of my people as though it were not serious. ‘Peace, peace,’ they say, when there is no peace."

Going with the crowd will not end in peace. Follow Christ!!

Yes, the way is narrow and few find it but it leads to LIFE!!!

"But small is the gate and narrow the way that leads to life, and only a few find it."

I hope you are encouraged by reading the Word here. I will keep sharing it until they shut me down.

God WILL take care of you. Your canned beans won't run out! Look what God did for Elijah (who was unable to run to Costco and stock up!):

If you are wavering between God and the world, tell the Lord the truth. Ask His forgiveness and get right with the Lord right now. He LOVES you. He wants to guide you through this darkness. He wants to LIGHT UP your home.

"You are the light of the world.

A city on a hill cannot be hidden.

Neither do people light a lamp and put it under a basket.

Instead, they set it on a stand, and it gives light to everyone