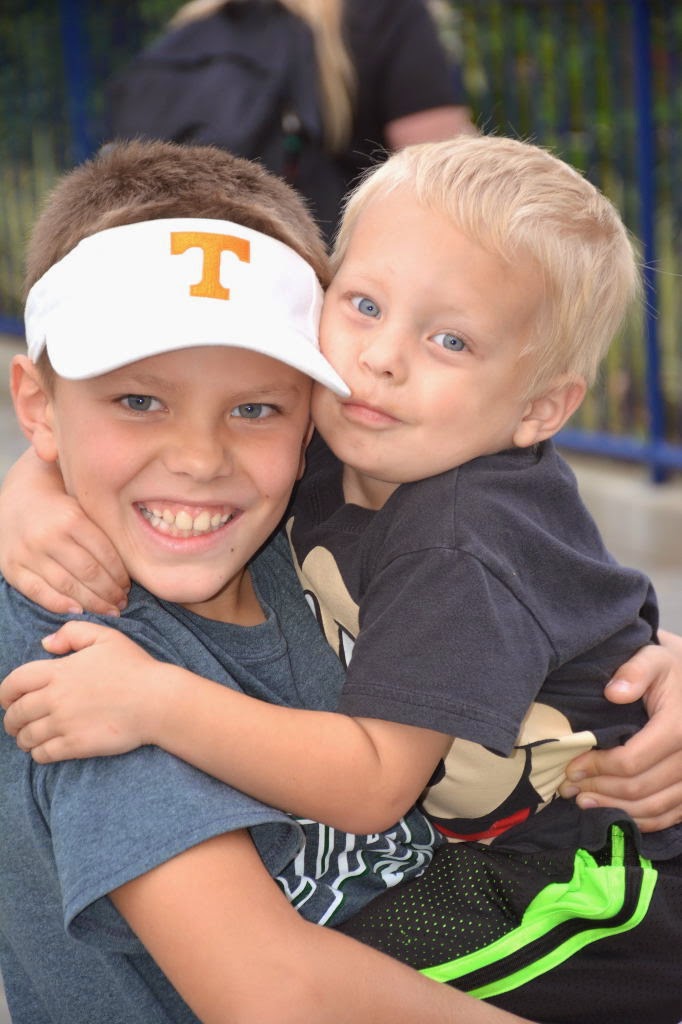 Today is Bubba (Evan)'s 10th birthday!
I LOVE celebrating his birthdays.
When he was about 8 months old, he got very sick. His eyes rolled back in his head and he went limp and we rushed him to the hospital. I thought he died in the car because I couldn't feel his pulse. It was silent and I just sang praise songs.
We would find out later that he had a seizure from an infection called Shigella.
During that eerily quiet car ride on the way to the ER, his first birthday flashed before my eyes... and then his older ones. I thought I will never get to celebrate a birthday with this precious child.
I prayed for God to let me celebrate his birthdays.
I am so thankful for every birthday of every child. I don't take any of them for granted. Seems as though God has a habit of showing me that my children belong to Him.
That every breath is a gift from Him. And, as much as I want them to be...
THEY AREN'T MINE. 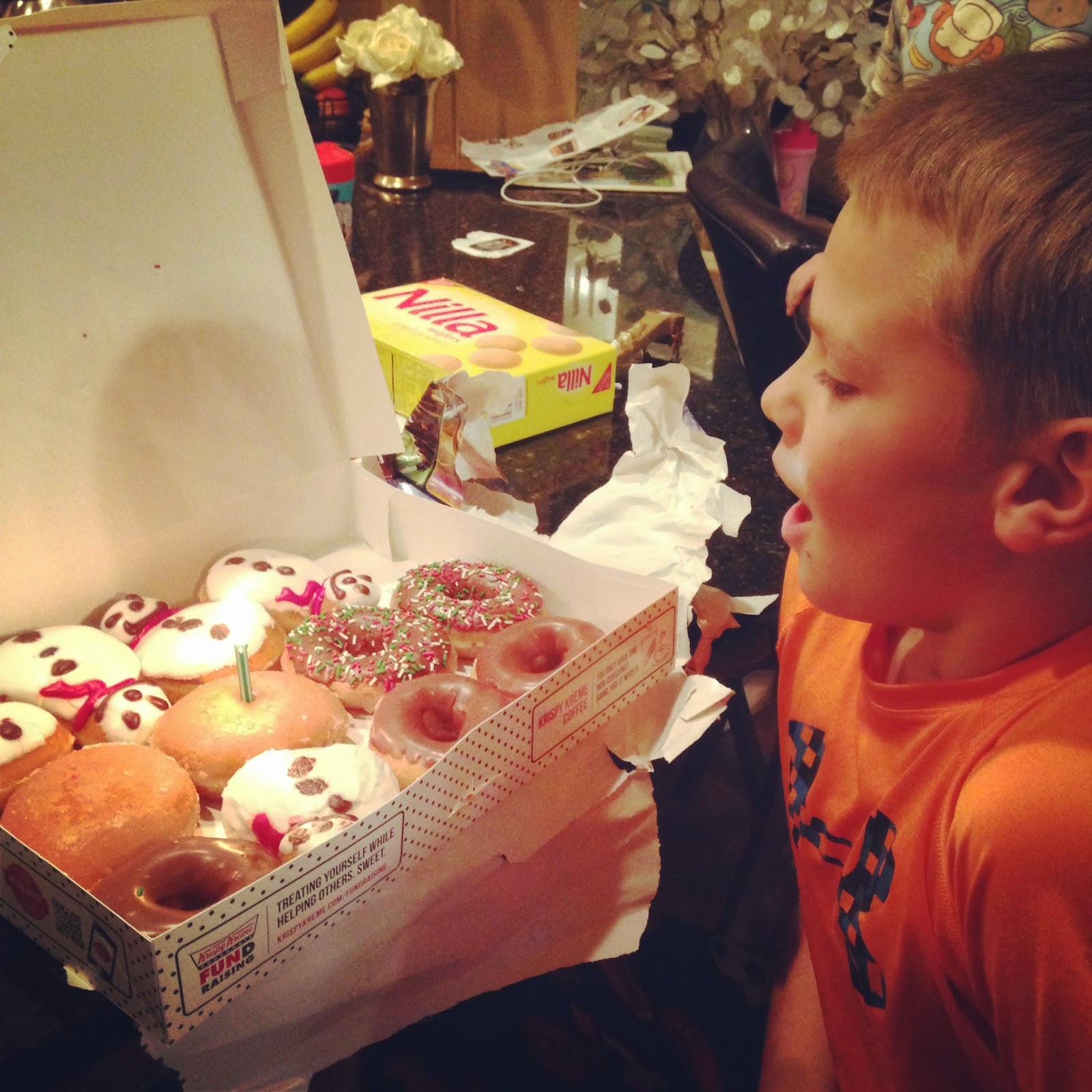 I am just thankful God continues to give breath.

"He himself gives life and breath to everything, and he satisfies every need."
Acts 17:25

Evan has a funny story about his name.
When we brought him home from the hospital, we showed him to Reece and said,
"Look! The baby!"
He said, (in a sweet little one-year-old voice...)
"BUBBA".
*********************
We named him "Ethan" because Tim really liked that name but I had already bonded with him as "Evan" during pregnancy. So, after he was born, we sent out the birth announcements at "Ethan Hayes Blackiston".
Every time I would call him that it felt WRONG, forced, and just plain not-his-name.
I cried big postpartum tears.
About 3 weeks later, Tim's mom said "if you really feel that way, change it!".
I looked at Tim and said, "Can I?????".
He said, "yes".
Ahhhhhhhhhh.. thank you, honey.
EVAN
People called him Ethan for about a year. ;)
But I didn't.

I love the name Evan because of the word EVANgelist.
He has been called "Bubba" his entire life at home.
It actually makes me sad when Reece calls him "Evan" now.
He will always be "Bubba" in our family. 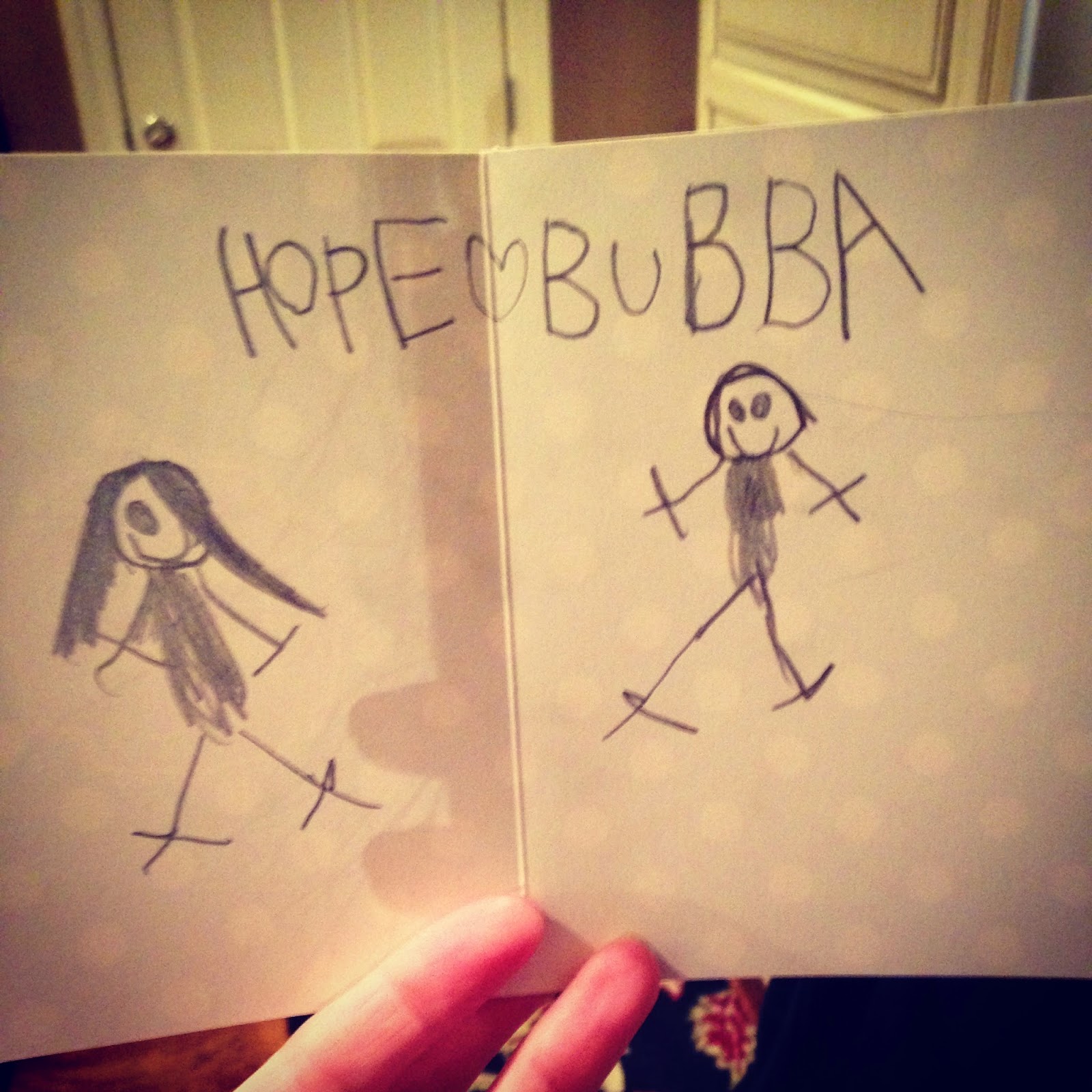 God has a calling on Evan. He has insight into the Word of God and has wisdom.
He says things that teach me. He said the other day, "The common road is not usually the holy road, mom". I think about that a lot. Especially when we are making hard decisions that seem to exclude us from the crowds.
Evan is the most like me. I get him. He gets me. He loves to talk. He asks to go on walks with me and just talk. He begs me to talk to him at night before he goes to bed. He is going to be a great husband because he is a COMMUNICATOR. God seems to give the gift of prophecy along with communicative skills.
I think he has the gift of prophecy. By that, I mean, he is able to speak FORTH the Word of God in a way that people can understand it.
"So if God has given you the ability to prophesy, speak out with as much faith as God has given you."
Romans 12:6
He helps me understand the Word of God.
I wish I had the time I used to to develop him in this area by helping him create sermons.
We used to do sermons all the time. We BOTH loved writing them and figuring out how to communicate the truths of Scripture.
We have had a new sermon on our hearts for a year now...  but the 2014 tsunami of trials in my life took me under along with all my good intentions. The part that makes me a little sad is that along with this gift comes hardship. I don't know why. Hardship is part of the life of every believer in ministry because we have an enemy who opposing the work of God. But it seems like evangelists get hit with really hard trials. I don't want my children to be afraid of suffering for the Lord. I don't want ME TO BE AFRAID OF SUFFERING EITHER.

"Don’t be afraid of suffering for the Lord.
Work at telling others the Good News, and fully carry out the ministry God has given you."
2 Tim 4:5

Evan is a reader. He is creative. He loves to rock climb. He doesn't really care about sports but we make him do it for PE class. He's talented but his heart isn't in sports. Who knows what will happen as he hits puberty. Early stages of puberty have turned his older brother into a football finatic competitive kid. That all came with under arm hair. But, for now, Evan prefers to have fun rather than winning. We have had to apologize to him because I think we have tried to push him in directions he isn't wired for.
I don't want to do that to any of my kids. I am competitive. But if they aren't, then I need to cool my jets.
Evan is gentle with the little ones. He doesn't react harshly when they throw something at him or when the baby takes a big bite out of his shoulder. (teething babies can be dangerous!).
We are taking Evan out alone tonight for his birthday.
I'll just listen as he talks and take my Bible and get down on some Bible Study. We can seriously talk about the Bible for hours. My relationship with him is easy because he is so much like me. It doesn't take much effort.
I remember the ride home from the hospital after he was born. He was so beautiful that I just stared at him. He is still a very beautiful child. I can't wait to see the plans God ALREADY has prepared for him.
Happy 10th birthday, Bubba.
How I pray you will go all out for Jesus...
Not holding anything back.
It is worth it.
HE is worth it. 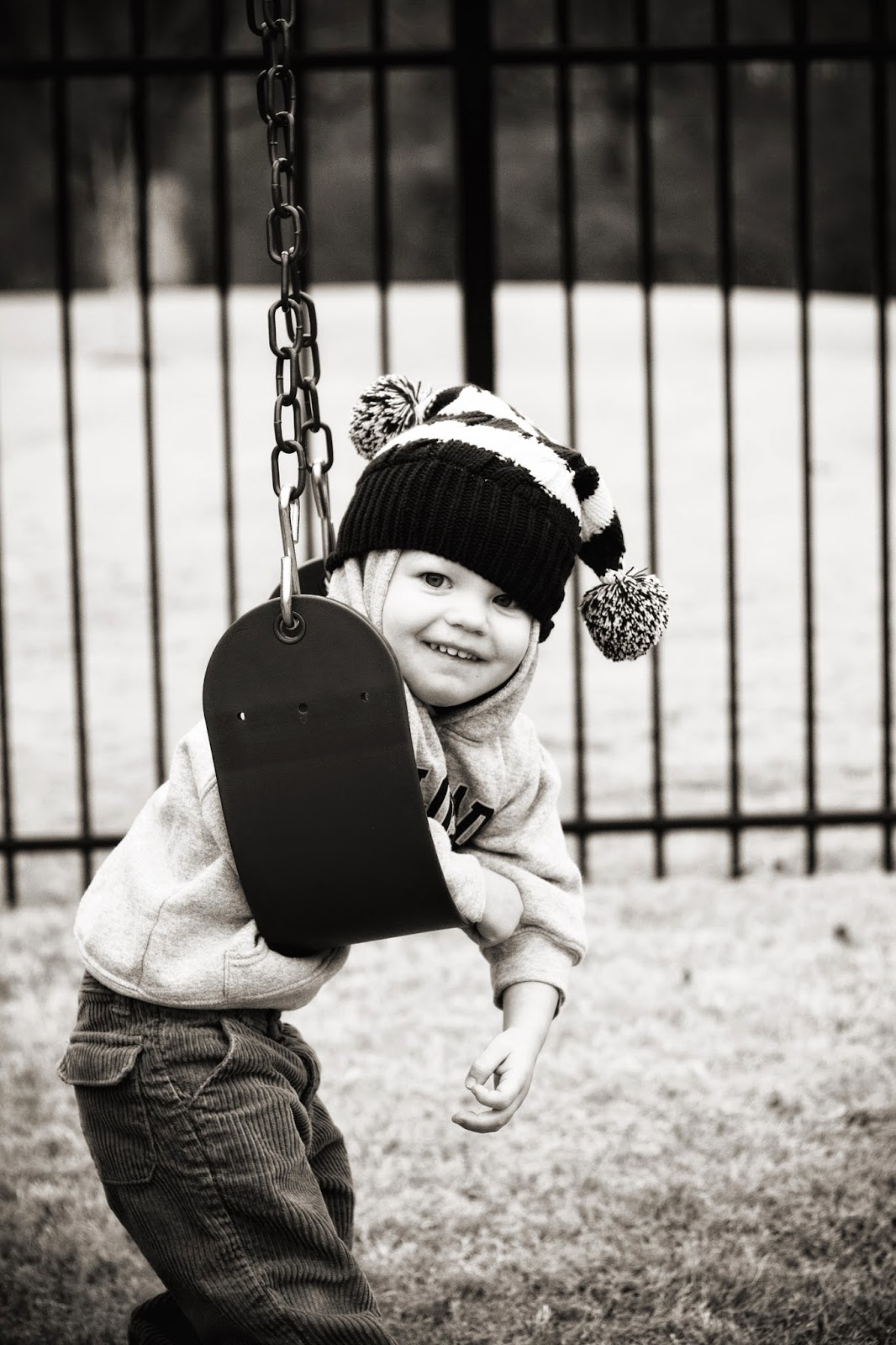 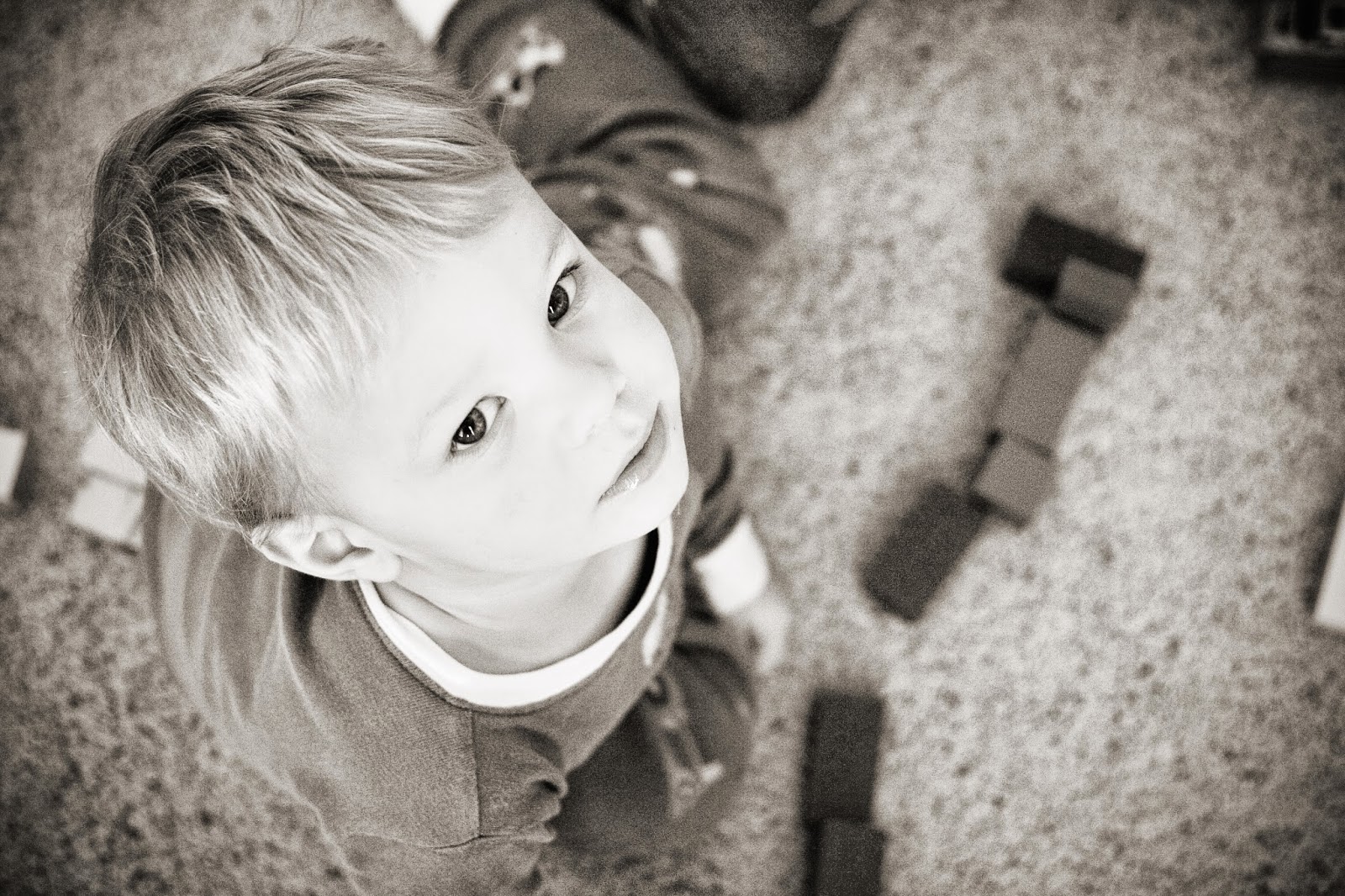 Have loved reading your blog for so very many years! I actually had shigella when I was younger.... wicked sickness!!!

I enjoy your take on life and that you speak Jesus through it all! Truly inspiriting!

Happy Birthday, Evan! Love the story of his name, and your desire to allow your children to be individuals. So encouraging!!! Erin Lynn