We had a wonderful Thanksgiving at the beach. The weather was perfect. We had about 20 people staying together and we just enjoyed creation and each other. Reece had surgery on his left shoulder (he is left-handed) because of a pitching injury. Hugging him and telling him I loved him as they wheeled him out for anesthesia was NOT FUN. But, he is recovering now and doing physical therapy and we pray that he will be more than 100% in time.
I love to feel my baby kick. I try not to complain about pregnancy because it is such a gift but the next few weeks are going to get interesting.
I can't believe I am weeks away from meeting my baby, Belle.
"to bestow on them a crown of beauty"
Is 61:3 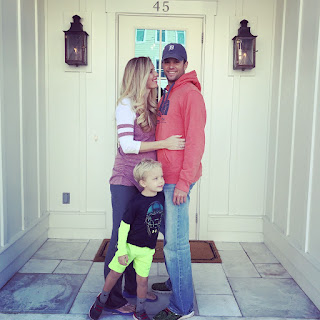 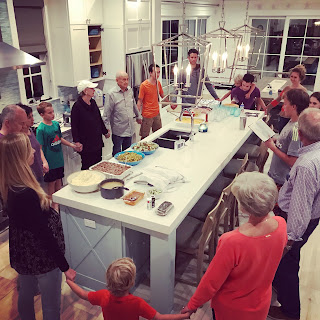 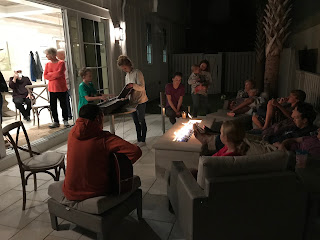 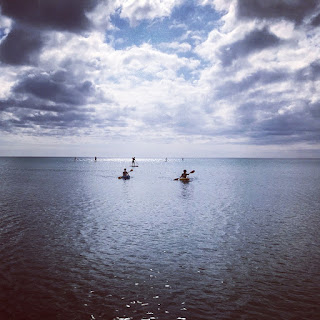 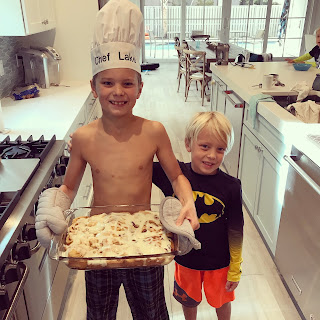 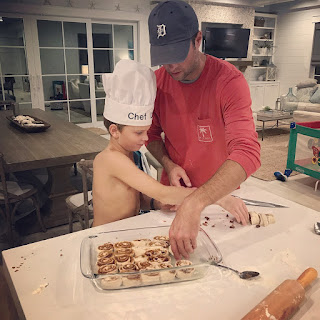 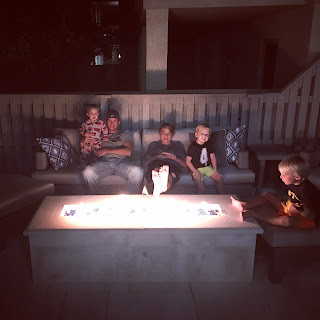 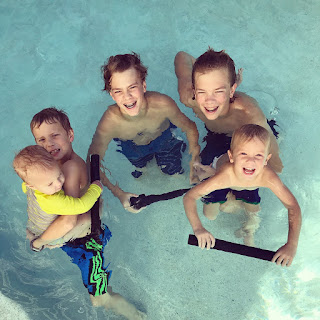 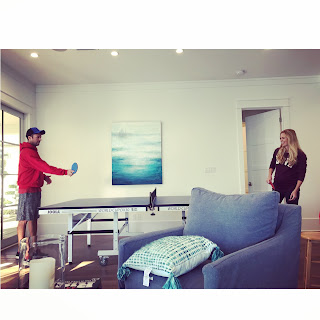 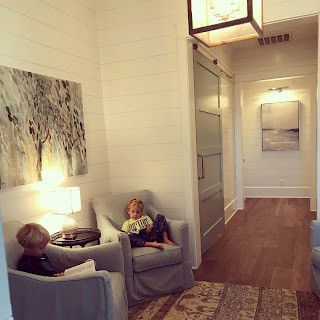 We left paradise to come home to Reece's surgery. Thankfully, God surrounded us with His protection and His people.
We are so thankful Reece was in such good HANDS. 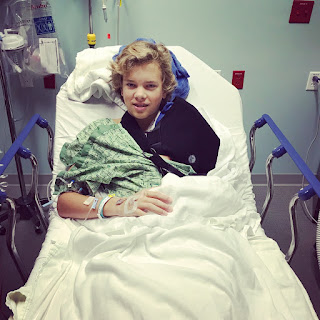 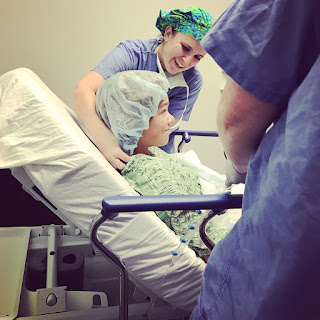 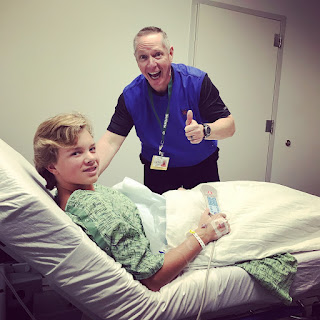 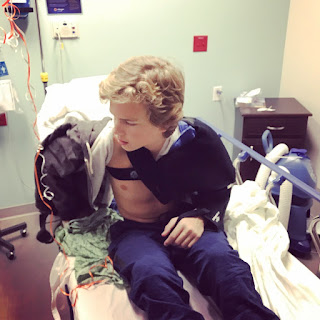 Life is flying by at Nascar speed while this sweet baby in my tummy grows.
This is the time when mommas usually start coming up with their "birth plan". After 7 births (and especially Hope's birth), I have truly learned that we can make our plans but God is ultimately the one writing the script. 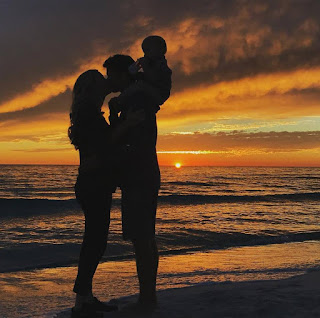 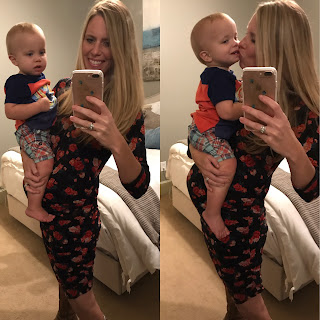 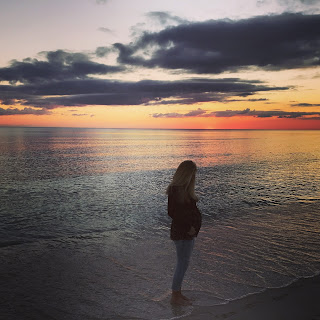 It is thought-provoking to be this pregnant around Christmas. I just can't help but think about Mary. What all she must have been going through... as she neared the end of her pregnancy.
I relate to Mary on certain levels:
An ordinary girl chosen to do the impossible.
She was often confused.
She was torn between the natural and the supernatural.
She loved Jesus.

Let's read about when she finds out God is going to use her womb as a vessel for the Savior of the world:

"In the sixth month of Elizabeth’s pregnancy, God sent the angel Gabriel to Nazareth, a village in Galilee,  to a virgin named Mary. She was engaged to be married to a man named Joseph, a descendant of King David.  Gabriel appeared to her and said, “Greetings, favored woman! The Lord is with you! ”
Confused and disturbed, Mary tried to think what the angel could mean. “Don’t be afraid, Mary,” the angel told her, “for you have found favor with God! You will conceive and give birth to a son, and you will name him Jesus.  He will be very great and will be called the Son of the Most High. The Lord God will give him the throne of his ancestor David. And he will reign over Israel forever; his Kingdom will never end!”
Mary asked the angel, “But how can this happen? I am a virgin.”
The angel replied, “The Holy Spirit will come upon you, and the power of the Most High will overshadow you. So the baby to be born will be holy, and he will be called the Son of God.  What’s more, your relative Elizabeth has become pregnant in her old age! People used to say she was barren, but she has conceived a son and is now in her sixth month.  For nothing is impossible with God. ”
Mary responded, “I am the Lord’s servant. May everything you have said about me come true.” And then the angel left her."
Luke 1:26-38

So, what did we learn about Mary here? She was simply living her life & making her plans... plans to be Joseph's wife. She was probably jittery about the wedding and becoming a wife. I'm sure her childhood dreams were coming true...when all of the sudden an angel showed up with a very shocking message that would change EVERYTHING.
The passage says she was favored and that the Lord was with her. She had kept herself pure. From all accounts, she was very ordinary except for her unseen super power:
The Lord was with her.
When the angel appears and simply offers his greetings, she is immediately confused and disturbed and trying to figure out what in the world is going on. She was obviously afraid because the angel tells her not to be.
Then the angel delivers the message directly TO HER from GOD. "You are going to be the mother of the Messiah".
Mary: "Wait, WHAT???? How in the world (no pun intended) is this going to happen?"
Angel: "God is going to do all of it through the power of the Spirit."
Mary: "Ok, I am totally surrendered to God and His plan even though I can't understand it. Use me, Lord."
(SIV Steph International Version)

Was this plan going to cost her everything? Would Joseph leave her?
She wasn't sure what this would cost her but she was still willing.
She was focused on surrendering to God even if it cost her dreams and desires.
(That is always the type of heart God uses to change the world!)

“For the eyes of the Lord run to and fro throughout the whole earth, to show Himself strong on behalf of those whose heart is loyal to Him."
1 Chronicles 16:9

This wasn't a one time surrender. Her life would be a living sacrifice and a daily surrender.
By God's grace, an angel visits Joseph so that he will also know the truth and not abandon her. I am sure that was a huge relief when Joseph told her! God is at work in her and around her... even while she sleeps.
They were not *officially* married until after Jesus was born.
"But he did not consummate their marriage until she gave birth to a son. And he gave him the name Jesus."
Matt 1:25

I wonder if Mary was getting everything ready for the birth when she finds out she has to leave her house.
When I am about to have a baby, I crave order and a plan. Surely, she did too. She probably had her midwife on call and the baby bed ready when they got the knock on the door..
"In those days Caesar Augustus issued a decree that a census should be taken of the entire Roman world."
Luke 2:1
******************************
Pretty sure a surprise trip out of town wasn't a part of her birth plan.
Mommas may sit on a comfy birthing ball but NO ONE would ride a donkey at 9 months pregnant. Btw, I just realized that Scripture doesn't say she rode a donkey!! That idea was taken from another writing around AD 145. I thought that it was in the Bible!  From what I have read, the trip was around 90 miles long. Let's hope she rode something! Can you imagine walking 90 miles 9 months pregnant???? Scholars think the trip took anywhere from 4-7 days as they walked through difficult terrain. Wealthier families may have used a chariot but since they had no place to stay, I am guessing they weren't in the wealthy crowd.

"So Joseph also went up from the town of Nazareth in Galilee to Judea, to Bethlehem the town of David, because he belonged to the house and line of David.  He went there to register with Mary, who was pledged to be married to him and was expecting a child.  While they were there, the time came for the baby to be born,  and she gave birth to her firstborn, a son. She wrapped him in cloths and placed him in a manger, because there was no guest room available for them."
Luke 2:4-7

I wonder if the out-of-control feeling was easier for her to deal with because she had given God control and trusted that this was ultimately HIS BIRTH PLAN. She immediately began to see the miracles surrounding this baby. God's promise to her was true. He was the Savior of the world. Now, she had the responsibility of taking care of Him and making sure He didn't get hurt.

Twice in Luke 2, it says she treasured everything she saw and experienced in her heart. It was so sacred. How in the world did SHE get a front row seat to the Holy plan of God for the world? She didn't want to forget a second.
"Mary treasured up all these things and pondered them in her heart" Luke 2:19, Luke 2:51
Imagine the fear that took over when she lost Jesus for THREE DAYS (wrote about that a couple posts back). I lost Hope at Disney World and I still have PTSD from that. I have lost pretty much all my kids for a few minutes and it is terrifying.
Mary had to continue to trust that God not only had a birth plan but a LIFE PLAN for her child.

Life surrendered to Christ isn't easy. It isn't predictable. We can make our plans but He directs our steps. We have to know that His plans are WAY BETTER and WAY BIGGER than ours.

Be encouraged that God sent His Son to save YOU. He created you on purpose and for purpose. Your purpose will be found in Christ and allowing Him to live His life through you.
Single girls, be willing to lay down your dreams for Jesus. He is a GIVER not a taker. We cannot out give the Lord. Sure, count the cost but know life with Christ is WORTH everything it costs. You will get a front row seat into the miraculous. It will be confusing and scary at times but determine to stay the course.

Mommas- God has a birth plan for your children and a life plan. We have to trust Him. He is loving and He is good. Ask the Holy Spirit to come upon you and the power of the Most High to overshadow you as you mother.

I have struggled lately feeling so overwhelmed with the calling of raising 8 children.
It is hard... impossible actually... and I am ORDINARY.
Except I have a secret super-power... God is with me.

"how shall we escape if we neglect so great a salvation"
Hebrews 2:3